After the monstrous success of the Harry Potter-themed party last weekend at the Rialto Theatre, LOL Events has teased another massive party for MTL!!

Since we’re the most reliable info source MTL can get, we had the privilege of getting a few names that were booked on the line-up:

We’re saving up for the premium packages! Pre-sales date TBA

Things are heating up in the Mile End and in a good way! Yes! The things that are heating are meals! Food? Yum!

Located at 75 St-Viateur, in the heart of the Mile End district, Cantine Emilia has almost finished prepping the opening of it’s brand new restaurant and will very soon be ready to open up and fall out of business two weeks later!

Following last year’s successes of the previous 13 restaurants that made their home in this typically-Mile-End building, there will for sure be a lot of good cookery going on!

We tried to get a word from the person who seemed to be the owner of this new restaurant and who was on site as we walked by, but his long gray hair and levitating body quickly hid behind curtains when he saw us. The only words that we could get from were “It is alost finished. ha ha…. HA HA HA! IT IS ALMOST FINISHED!”

You’ve already heard of a really fucking horrible movie, the movie that takes viewers on a ride through something and ends a sour date on a weird note.

If you have not seen the movie already, I just have one question: why the heck not? It is a popular movie with both audiences and critics, and it has one of the best soundtracks ever.

But if you haven’t had the chance to see a really fucking horrible movie yet, you’re in luck because Avenue du Mont-Royal is hosting a FREE outdoor movie screening complete with free popcorn on Thursdays. Oh no!

Along with the movie, visitors to Cinéma plein air will also get free popcorn. All you have to do is bring your own blankets, chairs and will to die watching an endless abomination sitting next to some dude watching his Facebook newsfeed through the entire movie. It’s the perfect way to spend a shitty night outdoors with strangers and go home disappointed! 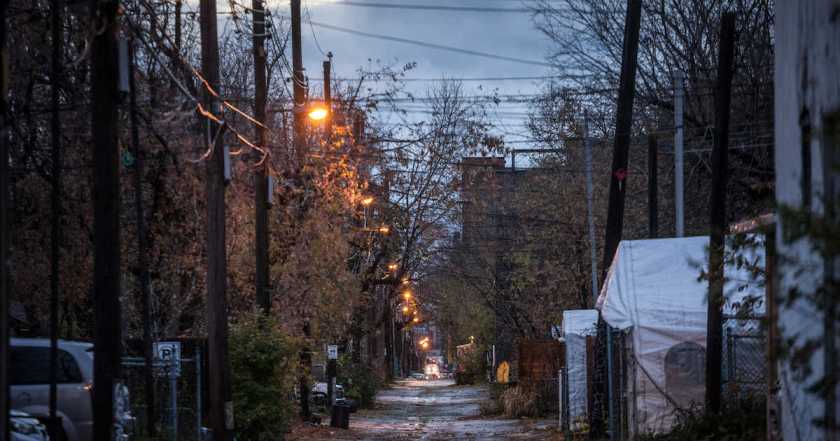 Today is rane an col wedder will keep going for Me. De rest of Me gray, rane, sad.

Is going to rane tru weak. 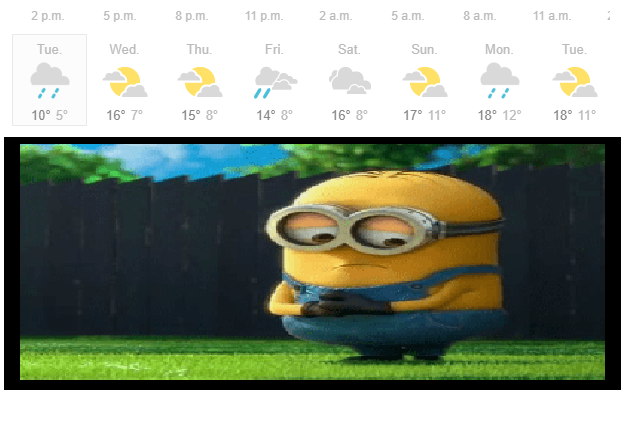 So we were on the Google internet

And we saw an image and we found after a deep investigation that Ho-Mama district (a.k.a. Hochelaga-Maisonneuve) himself has accepted Mother Montreal’s offer of opening a 99 Red Balloons themed Biermarkt!

Biermarkt is German for “a place that has beer and other things too”, so we are very excited. No confirmations on who will be the big names of the craft-beer world available at the place, but Chad says he thinks he remembers one but not for sure. One thing for sure though — there WILL be balloons!

Make sure to check this place in the near future! BRA 99 Biermarkt is located somewhere close to Pie IX Daily Metro Station.

We’ll call BRA 99 eventually to make sure this information is true. In the meantime, suck it. 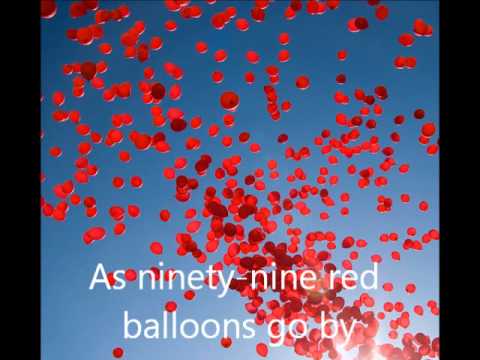 Montreal is quite the entrapranoor, nowadays! We’ve witnessed a quite impressive amount of bars, restaurants and stores OFFICIALLY opened by Montreal herself! How inspiring!

Now it’s Hochelaga‘s turn to have a taste of Montreal’s great ideas. Located on Ontario Street, in the heart of the heart-warming district also dubbed as “HOMAMA“, Boustan has officially opened its doors for the whole world to have a taste of the FIRST-EVER Indian-Curry-Themed experience! Yummy! 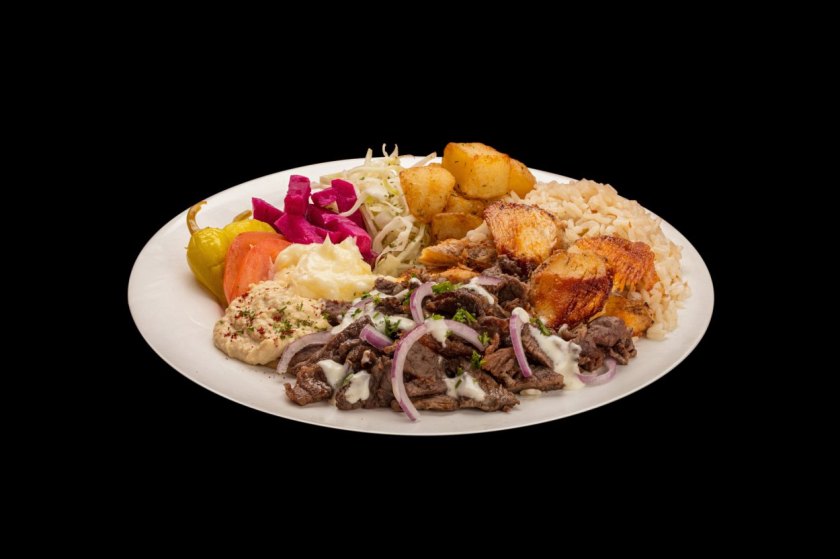 Get your chopsticks ready, my bros (and also girls)! Indian-Curry-Themed restaurants are known to be spicy, or something! We don’t know. It’s not like we checked. Leave us the fuck alone! We took the info off Google Reviews! We usually require people to sign legal papers for sole proprietorship of their kidneys for us to make such a nice article! People by the GADJILLIONS click on our links. Eat shit, poors! 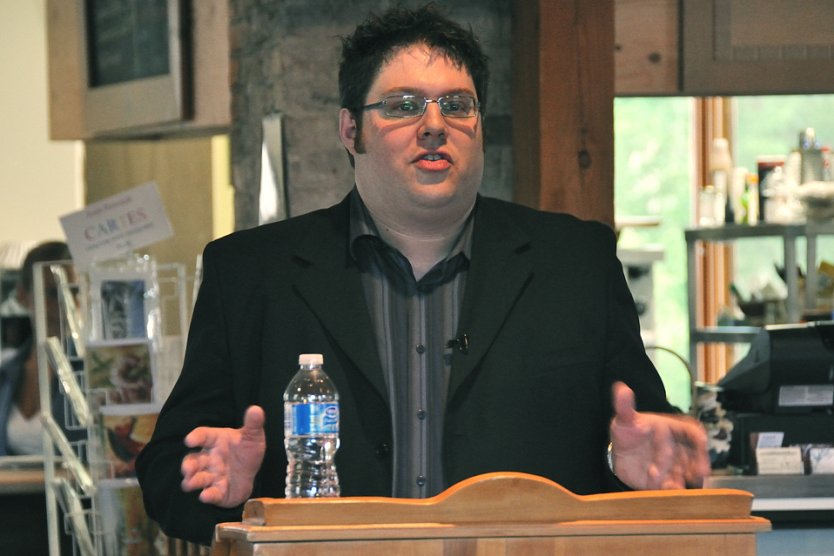 World reknowned journalist Mathieu-Buck Côtée lashed out against Quebecois rap group Dead Obies this weekend because they use ‘franglais’. We at BlogMTL like Dead Obies because sometimes we udnerstand some of the words they use – but something that we did not understand was the journalist’s article. 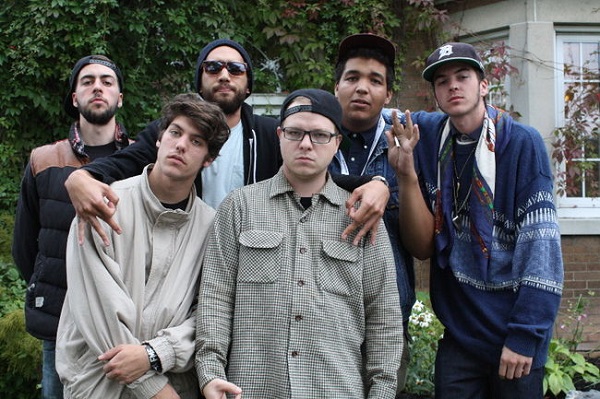 So we decided to have our in-house translators do a thorough translation of the text so that our readers can enter the debate with informed opinions:

* I repeat here my column this morning in the Journal de Montreal.

Franglais has always existed in Quebec. But then, it was a mark of cultural and economic poverty, it is now claimed proudly served brand sophistication. Franglais is colonized refinement and won a place in the song, as evidenced by the success rather symptomatic of a group like Dead Obies.

Settled: We would have preferred to keep this term in the Museum of alienation Quebec. However, becomes relevant. No longer refers to Elvis Gratton age. But people properly, they are usually the cream of the world’s youth, and decided to speak French and English in the same sentence to let us know. Franglisant who believe in sending a signal: we are cosmopolitan.

This is perhaps the reality of cultural separation between Montreal and Quebec City. The first emerged as a distinct society against the second. Demographics also plays a role in Montreal, immigrants integrate within French Quebec Franglais. This is the dialect of the metropolis. Before yesterday, crossing Rosemont, I had to be back at the same time in Montreal and Quebec. It is increasingly rare in the sense of the island, I’m afraid.

This is obviously stilted slang defenders. We sing the creative freedom of artists, forgetting that artistic creation is not strictly individual. It feeds a culture, and feeds. But it is the result of extreme individualism that borders on cultural autism who eventually invents his own language, as if anyone could give rise to an idiom for personal use.

Common sense suggests that ridicules this way. But then I’ll be accused of linguistic purism identity talibanism or other infuriating nonsense. The simple fact that it is a numbing deculturation we win stupidity usual happy silly to be crushed: the language evolves and is appreciated. Ultimately, Franglais is not true language of Quebec?

But what is presented as a mixture of creative language is just sad creolization of language. Things are simple: each day, more and more Quebecers with difficulty speaking, to create the French, as if every time you wanted to say something important or exciting or transgressive thing was to pass in English. As if they were their own language as a prison and had come to breathe.

In fact, eating slowly the other language. English French food, eating, and not very good way. Miscegenation as French Quebec only one step in our anglicized. Returns the Dead Obies. In an interview, they have the language to motherfuckers. We do not deny. But the sad part is that they are proud.

There. You should now have plenty of ammunition to make sensible and well-researched posts all over the Internet. We love it.